This author has not yet filled in any details.
So far Roy Nicholson has created 12 blog entries. 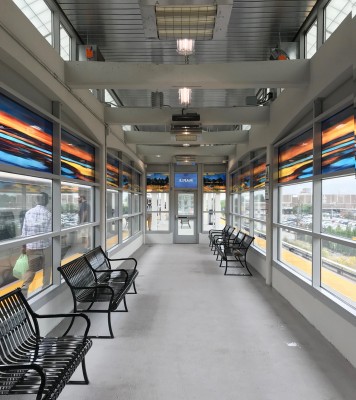 In 2014, Roy Nicholson was commissioned by the MTA Arts & Design program to expand on the original concept of the mosaic murals for the downstairs waiting room of Long Island Rail Road’s Hicksville station, which had been installed in 2001. The current project in the new platform waiting rooms and renovated stair and escalator wells similarly reflects the concept of depicting the Hempstead Plain dynamically, as if seen by commuters as they travel west in the morning and east in the evening on the speeding train, in this instance using indigenous plants as landmarks that identify the vistas even more closely with the historic plain. In 2018, the installation of four glass-enclosed waiting rooms has been completed, each with 50-foot panels of art glass on either side. For images of the installed panels, click here.

As part of a series of Brown Bag Lunch Talks presented by Molly Barnes at the Roger Smith Hotel in Manhattan, Long Island painter and designer of public projects, Roy Nicholson, interviews with Molly Barnes on Friday, September 28th, 2018, at 12 noon. The Roger Smith Hotel is located at 501 Lexington Avenue, at 47th Street, New York, NY 10017. Information and reservations, call Molly Barnes, 212.888.3588 or 212.755.1400.

“The Sweet Pea Suite and Works from the Toxic Garden Series” 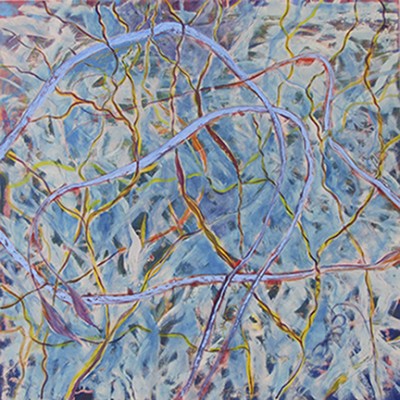 A solo exhibition of works by Roy Nicholson is on display from June 16 to July 11, 2018, at the Dan Welden Studio/Gallery in Sag Harbor, NY. The Sweet Pea Suite and Works from the Toxic Garden Series includes paintings and solarplate etchings dating from 2006 to 2017. A Gallery Talk is scheduled for Wednesday, July 11th at 5:30 pm. The gallery is open by appointment only. 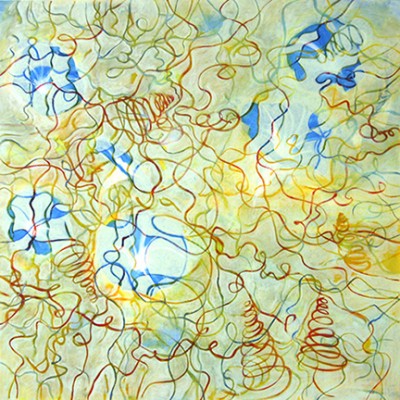 From March 30th through May 20th, 2018, the Southampton Arts Center presents East End Collected4, curated by artist, Paton Miller. In its fourth edition, the exhibition continues to reflect Miller’s vision of this area as an ideal environment for artists to create work. It celebrates 30 new artists, honors the collectors who have supported them, and marks Southampton Arts Center as a home where the East End arts scene can continue to thrive.

Roy Nicholson is represented with two large paintings from the Toxic Garden series: Toxic Garden (Lathyrus) and Toxic Garden (Ipomoea), both oil on linen and dated 2012 and 2011 respectively. 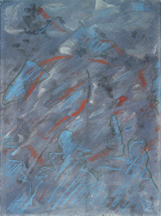 On August 5th The Heckscher Museum of Art in Huntington, NY opened Ebb & Flow: Seascape and Shoreline Views, an exhibition of works from the Permanent Collection that reveals varied aspects of the coastal environment and the enduring allure of the sea. Included alongside works by Arthur Dove, Thomas Moran, Stan Brodsky, Betty Parsons, Jules Olitski, and Maurice Prendergast, among others, is Goldfish (49) II, 1983-84, a monotype and pastel on paper in the museum collection since 1992. The exhibition is on view through 12 November 2017. 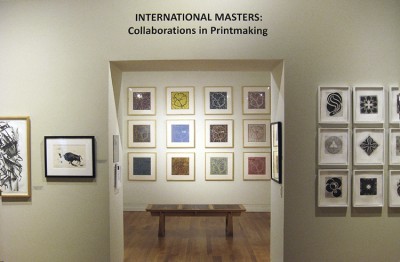 A selection of twelve Solarplate etchings from the Toxic Garden (Sweet Pea) series will be on view in the exhibition Printmaking Collaborations: International Masters at The Cape Cod Museum in Dennis, MA, from July 13 to September 17, 2017. This is an exhibition of lithographs and mixed-media prints created collaboratively with Dan Welden as Master Printer.

Laura G. Einstein writes in Journal of the Print World, “…this exhibition tributes a remarkable group of artists who have collaborated with Dan [Welden] at his Sag Harbor printmaking studio Hampton Editions Ltd., founded in 1972, that includes: Lynda Benglis, Willem and Elaine de Kooning, Jimmy Ernst, Dan Flavin, Kurt Vonnegut, Ibram Lassaw, Eric Fischl and Roy Nicholson, among others…. Roy Nicholson’s Toxic Garden, an edition of 19 solarplate monoprints–12 of which are on display in a grid-like suite, create an exquisite tableau that belies the toxic nature of the sweet pea plant in a variety of tones and shades. The masterful experiment in color juxtapositions causes the sweet pea to advance and retreat in a soft pattern akin to the 19th century designs of William Morris suggesting the rose and vine trellises in the Victoria and Albert Museum in London. Nicholson’s Toxic Garden assumes pride of place in an anteroom of this gallery. 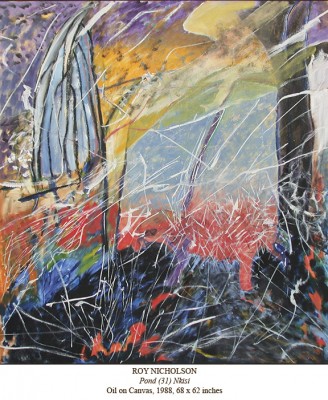 Roy Nicholson’s painting “Pond ( 31) Nkisi” is currently on view at The Long Island Museum in Stony Brook NY, until October 20 2014. It is prominently displayed on the entrance panel to the exhibition which consists of 75 treasures from the collection to celebrate the 75th anniversary of the museum.

A new variable edition of 19 solarplate prints has recently been produced at the workshop of Dan Welden of Hampton Editions. Here are five examples from the edition titled: Toxic Garden (Sweet Pea)

“Roy Nicholson’s Toxic Garden, an edition of 19 solarplate monoprints… create an exquisite tableau that belies the toxic nature of the sweet pea plant in a variety of tones and shades. The masterful experiment in color juxtapositions causes the sweet pea to advance and retreat in a soft pattern akin to the 19th century designs of William Morris suggesting the rose and vine trellises in the Victoria and Albert Museum in London.” 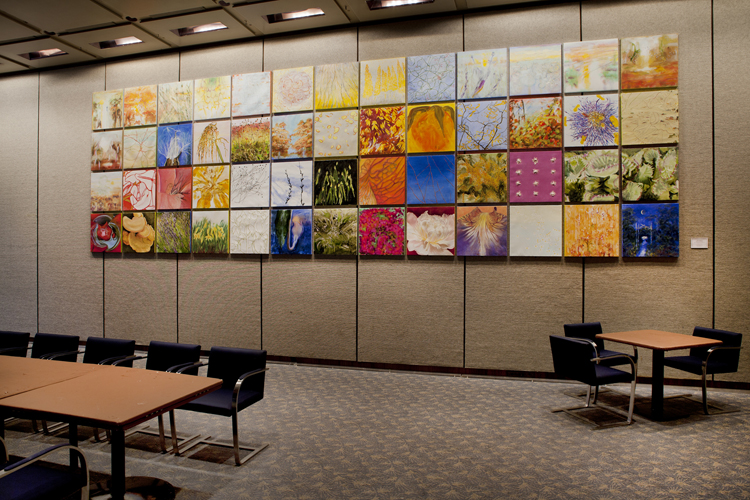 RE – NATURED: ROY NICHOLSON AND CUI FEI can be viewed at The University Art Gallery, Staller Center for the Arts, Stony Brook University, from November 12 – December 17 2011.

Roy will be showing his 52 Weeks II series and other works including the Toxic Garden series. Fei will be creating installations in the gallery using natural forms to make a kind of calligraphy.